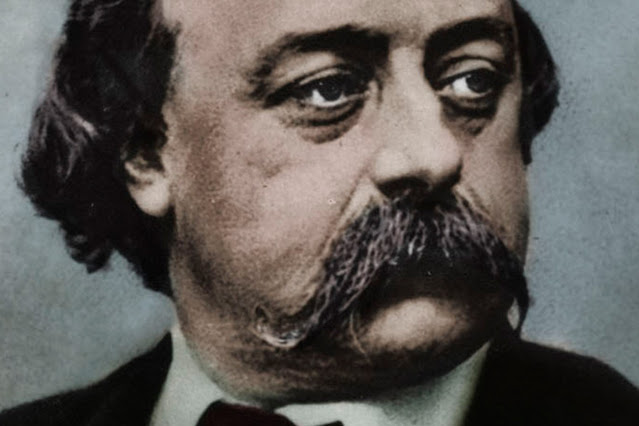 “I can make bronze serpents move, marble statues laugh, and dogs speak. I will show you an immense quantity of gold, I will set up kings, you shall see nations adoring me. I can walk on the clouds and on the waves; pass through mountains; assume the appearance of a young man, or of an old man; of a tiger, or of an ant; take your face, give you mine; and drive the thunderbolt. Do you hear?” 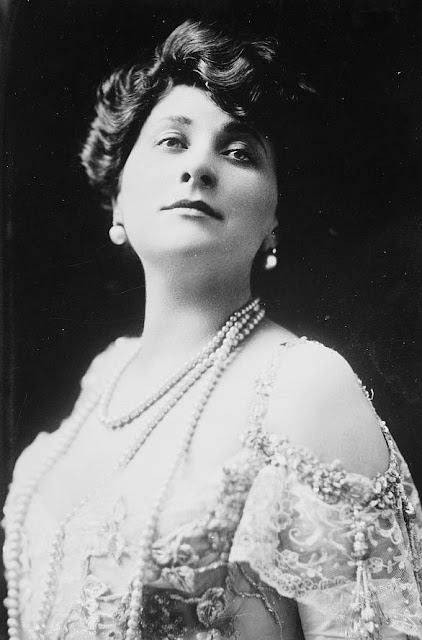 "Then Debussy would sit at the piano, and for an hour or so he would improvise. I have never heard such music in my life, such music as came from the piano at those moments. How beautiful it was, and haunting, and nobody but Lilly and I ever heard it! Debussy never put those improvisations down on paper. They went back to that strange place they had come from, never to return. At those moments. Debussy was in that far off world of his, inspired, as if in a trance..And then, with that suddeness of his, he would get up and come over to speak to us, and that was the end of it." 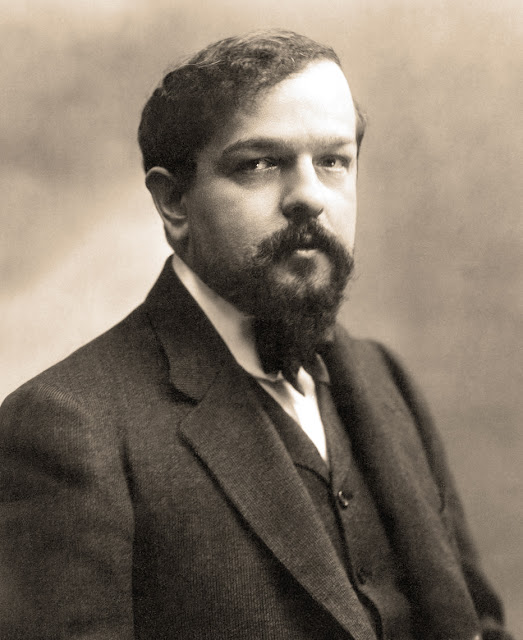 “I believe that it is dangerous to initiate laymen into the secrets of musical chemistry. Music really ought to have been a hermetical science, embedded in texts so hard and laborious to decipher as to discourage the herd of people who treat it as casually as they do a handkerchief.” 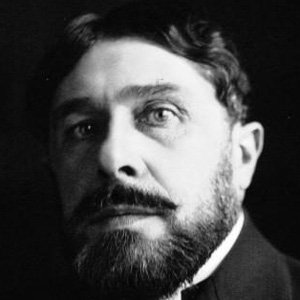 ‘What is God?’
‘The ensemble of Forces,’ stammers the shrill and musical voice.
‘What is a force?’
‘That which creates movement, heat, electricity, all the states and aspects of nature, and in consequence, the universal physical laws, the attractive relationships of heavenly bodies, nebulae, suns, planets, vapors, seas, waters, vegetation, plasmatic cells, mollusks, fish, amphibians, quadrupeds and humans.’
‘Did God, then, create humans?’
‘Yes, through the series of the three kingdoms, and in order that humans, in their turn, in accordance with the evolution of races, would know and adore the harmony of Forces.’
‘What do you know about Adam and Eve?’
‘Adam is the red Earth, the incandescent Earth before the gradual cooling of the planet. Eve is Aïscha, or the volitional faculty, the energy that permits the evolution of life, from the humblest cell of vegetal plasma to the scientist and the hero. Because of that, the priests taught that Eve was taken from Adam’s rib—which is to say that human intelligence was extracted by the evolution of cooling matter.’ 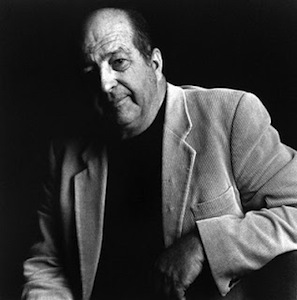 ...at Clarion West 1990 (as recorded in an old Mead notebook recently unearthed):
10) A novel is like a river; trace it back to many different springs.

8) Larger sentences in exposition. Shorter in dialog.  Familiar words will always be perceived as shorter.

7) Each of you is going to die over and over  You will get reviews that will rip your guts out. If you can't raise yourself, nobody's going to raise you.

6) When you doubt your improvements, you're done revising.

5) Add meat and a few carrots to the soup—not water.

4) When your characters are talking in your ears, you're not getting crazy, you're getting good.

3) All the joys in my life have always been Italian.

2) Have any of you spent any time in a pscyho ward? If you get a chance, do it.

"Distinctive and imaginative, a debut of immense promise.”—Kirkus Reviews on CERES STORM
“A marvelous fantasy.”—SF Weekly on EVENING'S EMPIRE
“Through voyages on haunted spaceships, encounters with sentient plagues and descents into ancient tombs, bemused readers will sympathize with naïve Daric as one enigmatic incident follows another, characters shift from flesh to hologram to crystal to mechanical insect, and reality encompasses dream worlds, shared hallucinations and miniature cities. The book's a grand exercise in weirdness, cloaked in a coming of age story. It's a unique reading experience.” —Starlog on CERES STORM
“Herter’s blending of contemporary fantasy and the Verne opera-in-progress is seamless and intense. . . an exquisite, subtle performance.” —Booklist on EVENING'S EMPIRE
“Evening’s Empire is a literary fantasy novel of grace and quiet strength, with echoes of Gene Wolfe, Jonathan Carroll, and even a little of H.P. Lovecraft.” —Elliott Bay Booknotes on EVENING'S EMPIRE
"This epic unfolds in a seductive faerie tongue as we follow the perilous transformation of Daric from an adolescent boy into a primal galactic force. We flee with him along elusive coordinates as he deals with constructs that aid or hinder him, and one chromatic scene follows another as he escapes creatures who would bind him to their own uses. And so we move to a shattering climax. A beautiful read.”— Charles Harness on CERES STORM
“Ceres Storm is sublime, and though the language is sparse, it is rich and poetic, swinging easily between dreamlike perceptions and hard-edged reason. This astonishing debut leaves me hungry for more.”— Elliott Bay Booknotes on CERES STORM
“Just as there are touches of D.M. Thomas’s The White Hotel in Herter’s depiction through his beloved Janacek of the warp and weave of civilization under stress, so there are suggestions of Algernon Blackwood’s “The Willows” in the way he spells his great composer into tranced rapport with whatever breathes there and does not wish to be taken into music.” — John Clute on ON THE OVERGROWN PATH
“The Luminous Depths has a richness of prose and a density of allusion and ideas reminiscent of authors like Aldiss and Wolfe -- and, incidentally, it is a page-turning cracker of a horror story. Outside his homeland, Karel Capek may be remembered primarily through his legacy of the term “Robot”. It is Herter’s achievement in this novella to lead us through the narrow window of that single chthonic word to a rich evocation of a fragile, doomed period of Central European history”— Stephen Baxter on THE LUMINOUS DEPTHS
at 10:40 PM